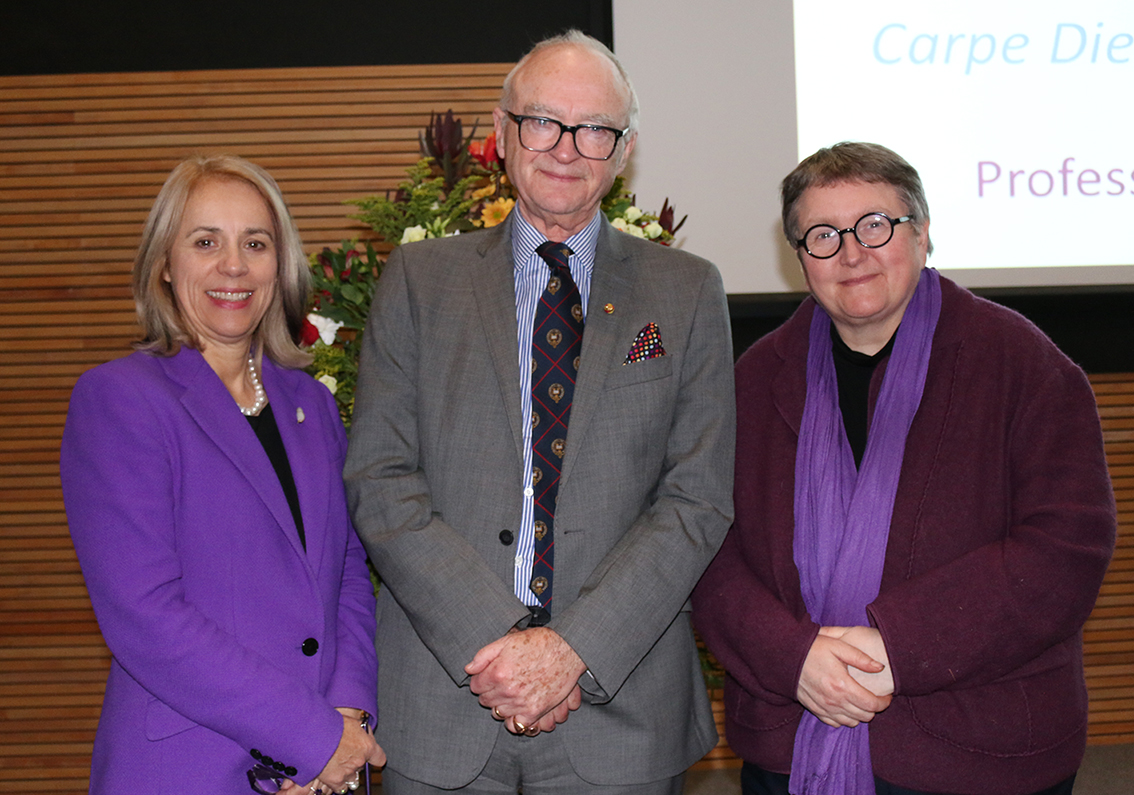 Sir Al Aynsley-Green was the first independent statutory Children's Commissioner for England from 2005 until 2010 and he is internationally recognised as one of the most innovative authorities and inspirational experts on children's services, child health and childhood today.
Last night, Sir Al presented an 'action-centred' conversation at the University of Winchester in which he argued that our children's future is everybody's business and offered a series of provocative recommendations to improve the lives of children today, based on the African parable that: 'It takes a village to grow up a child'.
Before his talk, we grabbed five minutes with him to find out more about his distinguished career and his views on the lives of children and young people.
How and why did you first become passionate about improving the lives and prospects of children and young people?
This really goes back to why I wanted to become a doctor. The unexpected death of my father when I was 10 years old made me determined to become a doctor to stop other children's mummies and daddies dying. That might sound trite but it was a genuine emotion at the time and one which has sustained me throughout my career.
I became interested in children's medicine when I was researching the importance of hormones in childhood and became fascinated in the process that babies use to adapt to life outside their mothers' bodies. From then, I developed a profile for speaking out for children which led to me being appointed the first National Clinical Director for Children in the Department of Health.
You argue that our children's future should be everybody's business - why is that?

There is an African parable that says: 'It takes a village to grow up a child'. I argue that we need to recreate that kind of thinking in this country now.
Children today will very soon be the productive adults of tomorrow, supporting an ever-growing and ageing number of pensioners, so we need to ensure our children are healthy, educated, creative and resilient now.
In your view, what are the biggest challenges facing young people today?

From my extensive travels all over the UK, I know that we have fantastic children and young people everywhere and they need to be recognised and celebrated for their contribution to our society.
The two biggest challenges are first, that children and children's rights are not currently a priority in government thinking. This contrasts with Canada where there are serious attempts to have cross departmental focus on children's issues.
Second, public opinion is often negative towards children and especially young people. We have to change this attitude to the importance of young people, as has happened in Finland.
You were the first Children's Commissioner for the UK: what was your biggest achievement during your tenure and why?

Beyond doubt, it was using the power given to me by Parliament to go anywhere where a child was being looked after and to be able to interview them.
As a consequence, I was able to expose serious injustices and poor practices relating to children. At a macro level, this included work leading to a change in government policy relating to the detention of children of failed asylum seekers. At a micro level, being able to rescue an individual child from being deported and then see her thrive to become an undergraduate student at university in this country has been immensely rewarding.
Tell us about the action-centred conversation you presented at the University of Winchester last night and what you aimed to achieve?

The conversation aimed to raise awareness of the issues confronting children today and to provoke debate and, above all, action on whether, in the county of Hampshire and the city of Winchester, we are really focussed on promoting the best interests of children.
Finally, if you could have just one wish for the nation's children, what would it be?

It would be to see a change in attitudes to the importance of young people throughout society.
Back to media centre