A track with lead vocals by a University of Winchester soul singer and musician is sampled on the title track of American rapper and global music icon JAY-Z's hotly-awaited new album 4:44 released today (Friday 30 June). 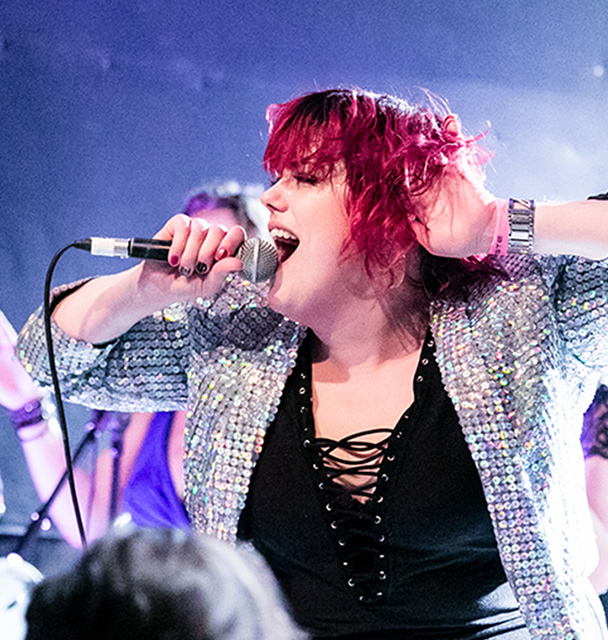 4:44 features Late Nights and Heartbreak by Hannah Williams and the Affirmations. Hannah Curtain (née Williams) is Creative Director of Foundation Music at the University of Winchester and lead singer of the band.

Hannah explains: "I was originally told that JAY-Z wanted to use this track back in February - I got a call out of the blue when I was on a coach taking the University choir to perform a classical music concert in Leeds at the Cathedrals Group Choir Festival. A few days later I spoke to JAY-Z on the phone - I've had to keep the whole thing top secret until now!"
"We have only heard the track today, along with the rest of the world on the album's release. We're thrilled but it still seems a little unreal."
JAY-Z has said of the track: "4:44 it's the crux of the album, I woke up, literally, at 4:44 in the morning to write this song... It's the title track because it's such a powerful song, and I just believe one of the best songs I've ever written."
Hannah graduated from the University in 2006 with a first-class degree in Music Theatre. She joined Foundation Music as a student in her third year and became Creative Director after she graduated.
Foundation Music is the University's extra-curricular music department and is an inclusive and supportive network of students, staff and members of the local community who make music together through a wide variety of activities and societies which are led and initiated by students. Foundation Music forges links with local and national groups, including schools and also supports local charities.
As Creative Director, Hannah oversees the running of all Foundation Music ensembles and curates events - including performances at the University's annual Graduation ceremonies in Winchester Cathedral - along with Dr Vicky Feldwick, Foundation Music Manager.
"My work at the University forms a huge part of being in the band and building my skills - the two go hand-in-hand, and I don't think this success would have been possible without it," added Hannah.
JAY-Z's album 4:44 is exclusively available on his music streaming service Tidal at this link.
Ends