The University of Winchester Writers' Festival has announced its exciting programme of workshops, talks, readings and one-to-one meetings, as bookings opened for this summer's three-day event on 16-18 June. 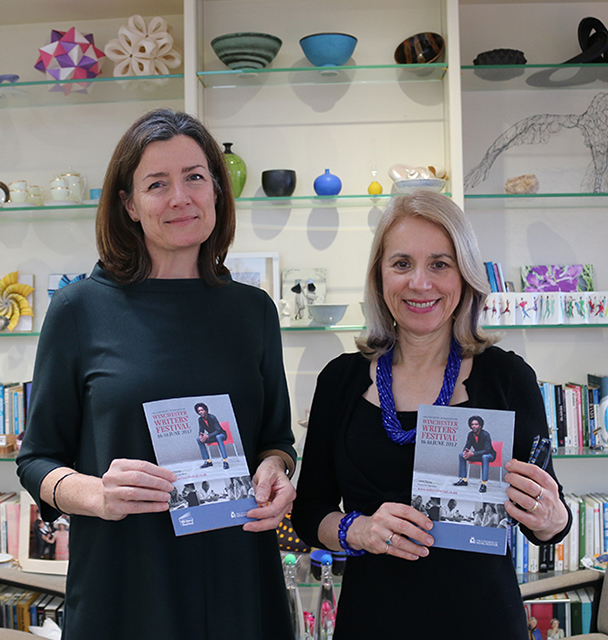 Now in its 37th year, the Festival​ is open to emerging creative writers working in all genres and at all levels of experience. This year's event offers 18 intensive one-day courses and workshops, 27 talks and more than 700 one-to-one meetings with literary agents, editors and critically-acclaimed authors, scriptwriters and poets.
Award-winning poet, broadcaster and writer Lemn Sissay, MBE is the Festival keynote speaker on Saturday 17 June. Lemn Sissay is the author of several collections of poetry alongside articles, records, public art, and plays. His Landmark Poems are installed throughout Manchester and London in venues such as The Royal Festival Hall and The Olympic Park, he was an official poet for the London Olympics and his specially commissioned poem Listening Post concluded the National Commemoration of the Centenary of the Battle of the Somme in Manchester in 2016.
The Festival is also welcoming back novelists Helen Fields and Rachel Featherstone and award-winning children's authors Helen Dennis and Pamela Butchart, all of whom met their agents or editors through the Festival.
Judith Heneghan, Festival Director and Senior Lecturer in Creative Writing at the University (pictured above left with University of Winchester Vice-Chancellor Professor Joy Carter), said: "The Winchester Writers' Festival is renowned for bringing emerging writers together for inspiration, support and learning and for connecting them with established poets, authors, literary agents, commissioning editors and other publishing experts through one-to-ones. We have a particularly strong line-up this year; the programme is packed full of opportunities and treats for all of us who write."
Festival highlights include:
10 Minutes of Hellos, a talk by BAFTA-winning script editor and producer Vanessa Amberleigh, a former student of the University. Vanessa gives an insight into writing scripts for children's TV and young audiences with the best imaginations in the world.
A Festival reading with Winchester novelist Clare Fuller, winner of the Desmond Elliott Prize for Fiction for her debut novel Our Endless Numbered Days. On Saturday afternoon Clare will read from her new novel Swimming Lessons, followed by a Q&A and a book signing.
Saturday 17 June offers emerging writers the opportunity to attend talks with, amongst others, ​acclaimed novelist William Ryan, who will show how a photograph album belonging to an SS officer inspired and shaped his novel The Constant Soldier, and literary agents John Berlyne (Zeno Agency), Diana Beaumont (Marjacq), Lorella Belli (LBLA) and Felicity Trew (Caroline Sheldon Literary Agency).
Helen Fields will speak about her path from criminal barrister to the author of a thrilling new crime series at the Festival dinner on Saturday night.
Particularly apt in the 200th anniversary year of Jane Austen's death, Southampton-based novelist Rebecca Smith leads a workshop titled From Jane Austen's Pocket on Sunday 18 June using Austen's methods and techniques for writing dialogue and crafting plots.
There are ten Festival Scholarship places available to young writers aged 18-25 from across the UK enabling them to attend for free, participate in workshops and make contacts with industry professionals. The winners of the Festival writing competitions, which were launched last month, will be announced on Saturday evening.
The University of Winchester Writer's Festival takes place from Friday 16 to Sunday 18 June. Attendees may book to attend one, two or all three days. Visit www.writersfestival.co.uk for the full Festival programme and to book places. Early booking is recommended to secure a place.
Tickets are also available to attend Lemn Sissay's keynote address only at 9-10am on Saturday 17 June in the Stripe Auditorium, University of Winchester, Sparkford Road, Winchester, Hampshire SO22 4NR.
Further information about the Festival Scholarship Scheme and writing competitions is available at www.writersfestival.co.uk