Book an open day How to apply
BA (Hons)

View content
Book an open day How to apply
Jump to:

Behind every film and TV programme is the creative mind that wrote the screenplay. Could that person be you? Is your dream to pen a Hollywood blockbuster, a BAFTA-winning TV drama, or a quirky, independent film? Our Film Studies and Screenwriting course is ideal for you if you are passionate about film and determined to produce creative work within the industry.

On our three-year degree programme you acquire the foundational knowledge with which to analyse film and film scripts within relevant and informing historical, cultural, national and institutional contexts

Watching, discussing and studying a wide spectrum of film genres, from Hollywood blockbusters to French art-house classics, gives you a deep appreciation of the creative process. By engaging critically with film texts, you deepen your appreciation of narrative structure, technique and aesthetics, and your understanding of how filmmakers represent class, race and sexuality. At the same time, analysing the art and practice of screenwriting develops your writing skills and capacity to critique the quality of your own work.

You undertake practical work which develops integrated knowledge of a wide range of theoretical concepts. It also gives you the ability to employ methodological skills and tools relevant to careers in scriptwriting, screenplay development and other creative text production roles in the media/film industry.

You are taught by a team of film specialists and industry professionals with different backgrounds, whose diverse research expertise is reflected in the breadth and scope of the curriculum.

In the first year, you take core academic Film Studies modules, such as Reading Film and Film Criticism, as well as core Screenwriting modules, including Creating Short Screenplays and Script Report Writing.

By Year 2, you are ready to deepen your understanding of the writing process with core modules on research skills, Screenwriting, and Scriptwriting for Mainstream Television. You also have the flexibility to choose five optional modules which may include Telling True Stories, Science Fiction and Fantasy, and Contemporary European Cinemas.

Many of our graduates go on to creative careers in film or television, as writers and script editors. Others find work in production, journalism, teaching, and other professions requiring advanced communication skills.

94% of our 2016/17 graduates (first degree and other undergraduate courses) were in employment and/or further study six months after completing their course.

The Destinations of Leavers from Higher Education (DLHE) record collects information about what those completing university go on to do six months after graduation. The Careers Service undertakes DLHE on an annual basis through surveys and a data collection process. DLHE is designed and strictly controlled by HESA.

Pre-approved for a Masters

If you study a Bachelor Honours degrees with us, you will be pre-approved to start a Masters degree at Winchester. To be eligible, you will need to apply by the end of March in the final year of your degree and meet the entry requirements of your chosen Masters degree.

Suitable for applicants from

Students have the opportunity to take part in field trips and gain work experience through volunteering.

Our BA (Hons) Film Studies and Screenwriting course provides an opportunity for you to study abroad in the United States of America (USA) and Japan.

Our aim is to shape 'confident learners' by enabling you to develop the skills needed to excel in your studies here and as well as onto further studies or the employment market.

You are taught primarily through a combination of lectures and seminars, allowing opportunities to discuss and develop your understanding of topics covered in lectures in smaller groups.

In addition to the formally scheduled contact time such as lectures and seminars etc.), you are encouraged to access academic support from staff within the course team, your personal tutor and the wide range of services available to you within the University.

Over the duration of your course, you will be expected to develop independent and critical learning, progressively building confidence and expertise through independent and collaborative research, problem-solving and analysis with the support of staff. You take responsibility for your own learning and are encouraged to make use of the wide range of available learning resources available.

While your actual contact hours may depend on the optional modules you select, the following information gives an indication of how much time you will need to allocate to different activities at each level of the course.

*Please note these are indicative hours for the course.

Taught elements of the course take place on campus in Winchester.

All class based teaching takes places between 9am – 6pm, Monday to Friday during term time. Wednesday afternoons are kept free from timetabled teaching for personal study time and for sports clubs and societies to train, meet and play matches. There may be some occasional learning opportunities (for example, an evening guest lecturer or performance) that take places outside of these hours for which you will be given forewarning.

Our validated courses may adopt a range of means of assessing your learning. An indicative, and not necessarily comprehensive, list of assessment types you might encounter includes essays, portfolios, supervised independent work, presentations, written exams, or practical performances.

We ensure all students have an equal opportunity to achieve module learning outcomes. As such, where appropriate and necessary, students with recognised disabilities may have alternative assignments set that continue to test how successfully they have met the module's learning outcomes. Further details on assessment types used on the course you are interested in can be found on the course page, by attending an Open Day or Open Evening, or contacting our teaching staff.

Percentage of the course assessed by coursework

The assessment balance between examination and coursework depends to some extent on the optional modules you choose. The approximate percentage of the course assessed by different assessment modes is as follows:

*Please note these are indicative percentages and modes for the programme.

We are committed to providing timely and appropriate feedback to you on your academic progress and achievement in order to enable you to reflect on your progress and plan your academic and skills development effectively. You are also encouraged to seek additional feedback from your course tutors.

For more information about our regulations for this course, please see our Academic Regulations, Policies and Procedures.

A GCSE A*-C or 9-4 pass in English Language is required.

International Baccalaureate: 96-112 points to include a minimum of 2 Higher level IB certificates at grade 4 or above.

If English is not your first language: IELTS 6.0 overall with a minimum of 5.5 in writing or equivalent

Send us a message

If you are living outside of the UK or Europe, you can find out more about how to join this course by emailing our International Recruitment Team at International@winchester.ac.uk or calling +44 (0)1962 827023

Explore our campus and find out more about studying at Winchester by coming to one of our Open Days.

Progression from one level of the programme to the next is subject to meeting the University’s academic regulations.

If you are a UK or EU student starting your degree in September 2020, the first year will cost you £9,250*. Based on this fee level, the indicative fees for a three-year degree would be £27,750 for UK and EU students.

Remember, you don't have to pay any of this upfront if you are able to get a tuition fee loan from the UK Government to cover the full cost of your fees each year. If finance is a worry for you, we are here to help. Take a look at the range of support we have on offer. This is a great investment you are making in your future, so make sure you know what is on offer to support you.

UK/EU Part-Time fees are calculated on a pro rata basis of the full-time fee for a 120 credit course. The fee for a single credit is £77.08 and a 15 credit module is £1,156. Part-time students can take up to a maximum 90 credits per year, so the maximum fee in a given year will be the government permitted maximum fee of £6,935.

*The University of Winchester will charge the maximum approved tuition fee per year.

As one of our students all of your teaching and assessments are included in your tuition fees, including, lectures/guest lectures and tutorials, seminars, laboratory sessions and specialist teaching facilities. You will also have access to a wide range of student support and IT services.

We are proud to offer free printing for all students to ensure that printing costs are not a potential financial barrier to student success. The University of Winchester and Winchester Student Union are champions of sustainability and therefore ask that all students consider the environment and print fairly. Students may be required to pay for the costs of dissertation binding. Indicative cost is £1.50-£3.

We have a variety of scholarship and bursaries available to support you financially with the cost of your course. To see if you’re eligible, please see our Scholarships and Awards. 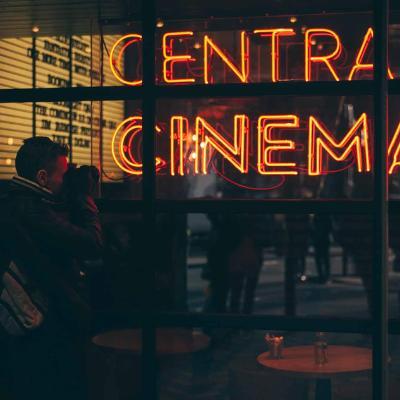 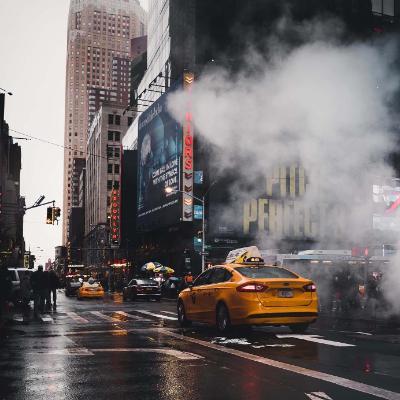