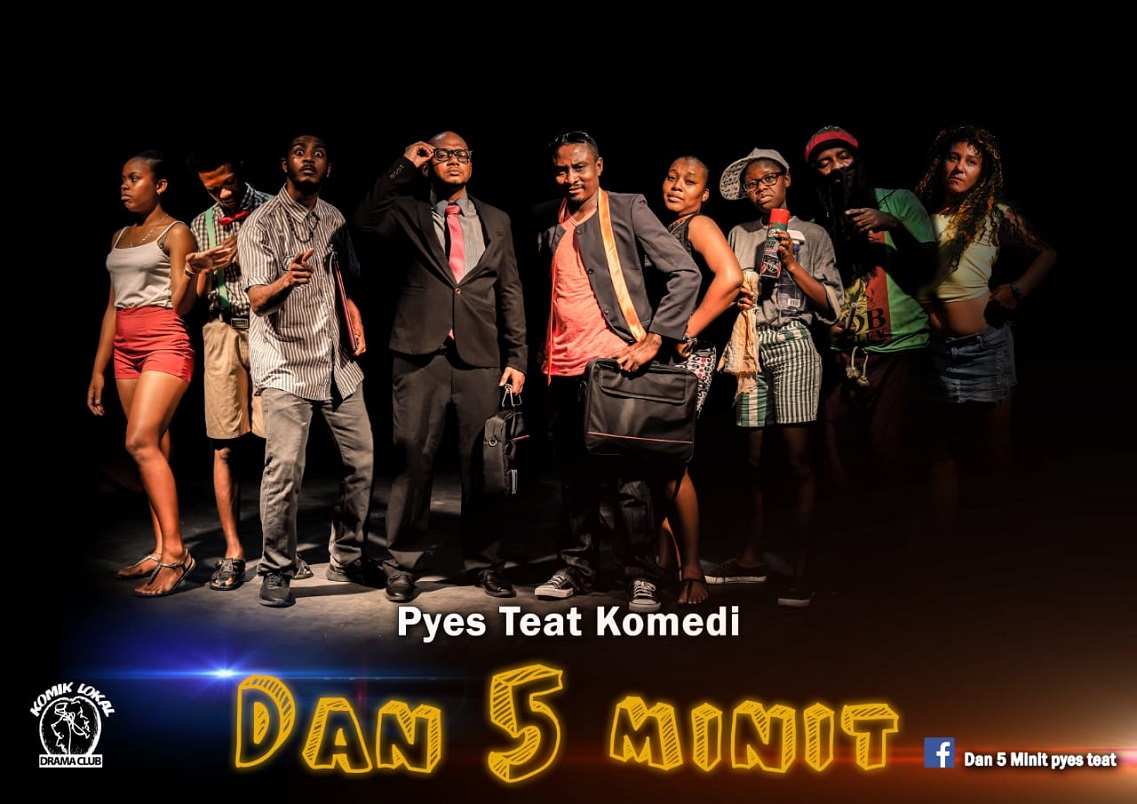 Across the paradisal archipelago sprinkled in the Indian Ocean, the vibrant voice of Kurt Lagrenade punctuates island life through his latest role – radio DJ.

“I have three shows that I present on Kradio which you can check out on KRadioSeychelles.com” he says. “On one of the shows, I meet with youth on a weekly basis to talk about the positive things they are involved in. Most of the time they express how much they appreciate feeling noticed, which is also what I come across in my other work.”

This ‘other work’ is none other than being the only drama teacher working in the Seychelles and being fully qualified, and managing all Drama operations as the Senior Instructor/Acting Head for the Seychellois Ministry of Youth, Sport and Culture. In his spare time, Kurt also has his own theatre company which produces yearly shows.

Kurt studying Drama at Winchester was all part of the plan – the plan of his country’s government.

Compared to other arts like music or dance, drama and theatre is not well developed in the Seychelles. There is a very rich heritage of dance and music that incorporates different influences that have evolved over time, including music from different groups who have come to the Seychelles. However, the same has never been the case with drama;, any tradition of theatrical performance has died off over the years given there were not any proper theatre company producing plays. Sadly Drama is not part of education the way that it is in the UK.

Recognising the value drama could have on society and the value of Kurt’s drive and energy, the Seychelles government gave him a scholarship to go to university in England to study drama in order to return with the skills and experience to develop a drama programme for the nation under a government contract.

To paraphrase Casablanca, in all the drama programmes in all the country, Kurt walked into Winchester’s.

“When I first arrived and walked down the High Street, it felt like home – the hills and seeing the green helped as well. The scenery was captivating.”

“The lecturers were very friendly and helpful” Kurt commented about Winchester’s Drama course, which instilled in him a real strong sense of the power of drama and theatre, and the way it can be used as a development tool.

“As our world continues to evolve, we tend to forget to live. From my point of view, Drama reminds us and mirrors our lives.”

With a regular programme of drama training for children and young people through the National Conservatoire of Performing Arts, Kurt is keen that his students are aware of the different ways theatre can be used to present the stories of different communities or issues like injustice. “Yes, Drama can be entertaining, but something clicks inside of us when we watch a piece of theatre. Drama doesn’t portray ‘what was’, but ‘what is’.”

The value to the individual, including the skills they gain, is also of key significance for Kurt. “You see the impact Drama is having on the students, you can see the difference you have made on a personal level.”

Alongside directing regular plays and running training there is still a lot he is working on the background to sustain Drama in the Seychelles. “I’m trying to achieve having a working syllabus for the School of Drama in the Seychelles and also a governing institution awarding international recognition to Seychellois Drama students.”

Kurt is also working on a partnership with his alma mater that would allow others to pursue drama within Higher Education. Working with Steve Hall, Head of the Department of Performing Arts, a partnership is in the works that may enable Seychellois students to move from the Conservatoire in the Seychelles onto a degree course at Winchester.

Steve has been to the Seychelles to run workshops and work with the government on proposals to make this a reality.

“For the first time, Drama is looking promising in the Seychelles in terms of trained actors and an understanding of the art form. There is loads of talent in the Seychelles, and now with more education and programmes coming into play, the future looks bright.”

This article originally appeared in the spring 2019 issue of Venta, our alumni magazine.