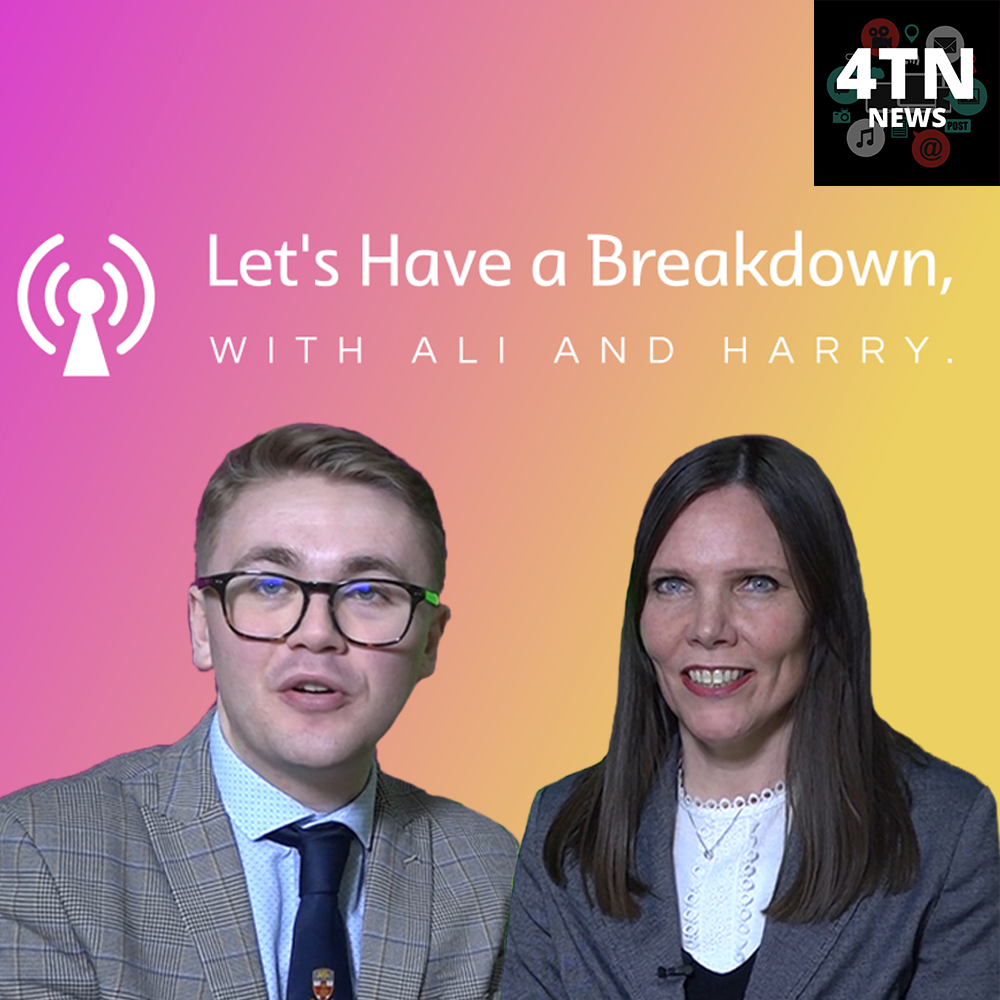 “Don’t discount anything – you can be pleasantly surprised by the reality of a job compared to the job advert. In December 2019 I saw a job at ITV for Assistant News Editor. It wasn’t what I had planned to do in my career, but it sounded quite fun.”

Harry Acton has gone from presenting news bulletins at university to presenting on TV. Since graduating in 2019 with a first in BA (Hons) Journalism, Harry has worked for news outlets such as That’s TV and ITN. Working for these broadcasters has given him many opportunities to grow his career as a journalist. However, studying at Winchester gave him the chance to apply for these roles when he was still at university.

“I applied for That’s TV in February while I was finishing my final year of university. I received my training in April. Once I did that I was driving around getting stories. There’s a social element to working in a newsroom, you work closely together.“

“In the summer of 2019 I spent a lot of time reporting in Surrey. I found that a challenge because I didn’t know Surrey well, so I spent my time researching events in the area by scrolling through Twitter. I worked with the team in Surrey and did a lot of work on my own too. After six months there I became Deputy Head of News in October 2019. This role included explaining and understanding a lot of media law to other reporters.”

Harry has reported many different stories since graduating – local and national. This has given him the chance to meet a variety of famous faces including someone who has worked very closely with the University.

“I’ve been able to meet famous people while reporting. I met Marina Sirtis from Star Trek Next Generation while reporting for That’s TV. As a fan, this was amazing for me. In terms of journalists I’ve met Robert Peston, Charlene White and Mary Nightingale – I’m always bumping into her in the corridor. One of the best moments though was when I met Alan Titchmarsh because he remembered me from graduation!“

However along with these perks, Harry’s career as a freelance journalist involves a lot of travelling and hard work.

“I am now working at ITV in London but still living in Winchester. I do 13-hour days, staying in a Travelodge or easyJet hotel if I need to stay in London.”

During lockdown Harry was in between jobs, having left That’s TV, so during the start of the pandemic, Harry decided he wanted to work for the NHS.

“From April until July I did some temp work, working for the 111 COVID Clinical Assessment Service. A lot of this work focused on making sure the GPs were okay during this difficult time for our NHS. Even though I helped in a small way I did appreciate the clapping from people."

"I was back reporting - but at ITV - in July and by August I was training on the foreign desk. I then moved to the home desk, working with programme editors and producers. This involves getting interviews, ringing up and getting details for ‘And finally...’ stories.“

With plenty of his work on TV, Harry wanted the freedom to talk about news topics in more detail and online. He decided to start a podcast with a work colleague from That’s TV and together they chat about a range of current events.

"I started a podcast called Let’s Have A Breakdown with my friend Ali from That’s TV. It felt like what we wanted to talk about together had more potential online. We did it on a bit of a whim. We pick our favourite stories and sourced former interviews we’ve done on the news and use these on the podcast.”

“Only 1% of people fact-check things online so hopefully this is a new way to reach out to people with facts in a way they can enjoy because not everyone trusts mainstream media anymore."

Now that Harry has been away from the University for over a year and has some experience, he has great advice for anyone studying Journalism who wants to become a reporter.