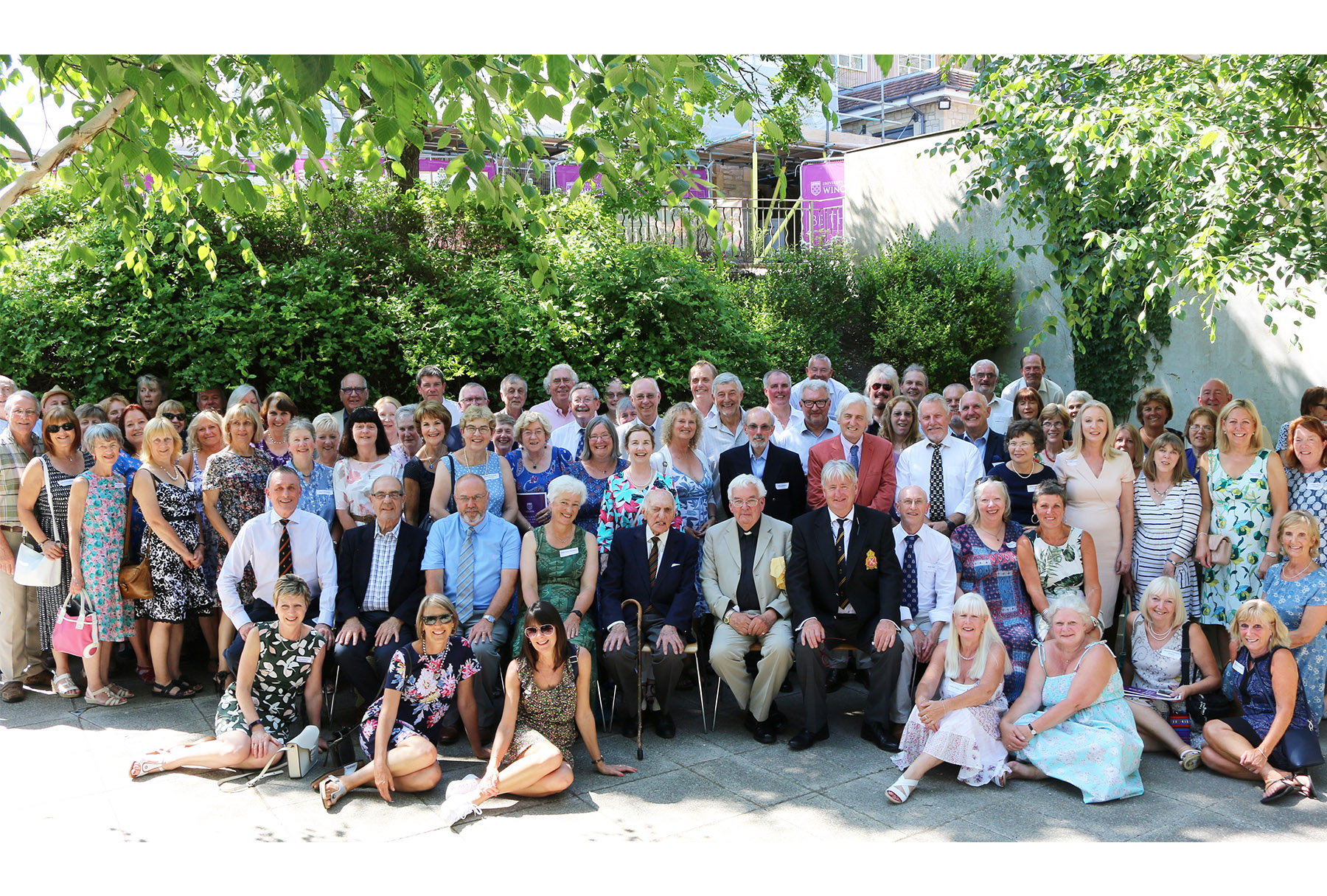 The last weekend in June promised to be gloriously hot. Over several hours on Friday afternoon and evening, individuals and small groups began to gather for our annual reunion. There were plenty of familiar faces, but also a significant number of people for whom this was their first time back on campus. I have come to look forward to this weekend as an opportunity to meet up with old friends, with whom I shared a memorable four years of my life, but also as a chance to see the new friends that I have made through our Facebook group and at previous Winton Weekends. This year was particularly special for me as it was 40 years since I finished my studies at K.A.C., quite an anniversary to celebrate! We were delighted that Martial Rose (Principal at King Alfred’s College, 1967-1984) enjoyed the festivities with us all weekend.

Friday evening saw various groups gathering in the University and in pubs and restaurants in Winchester. The County Arms hosted the largest group; the photographic evidence suggests that a convivial evening was enjoyed by all. On Saturday morning the Winton Club A.G.M. was held, and our new Former Student Governor was announced as Mr. Peter Lidgitt.

Luncheon on Saturday departed slightly from the normal format. The outstanding contribution of Howard Horstead (Cert Ed, 1953-1955) to the Winton Club was recognized, as he retired from his leadership role. As we commemorate one hundred years since the Armistice of the Great War, a small group of us were able to tell the story of Second Lieutenant Merton Rose M.C.  Merton was a former student, one of the 60 whose names are recorded on the War Memorial in the Chapel, alongside those who died in WW2.  Merton’s medals had been purchased and were donated to the University, as we introduced everyone to the website that tells the story of those 60 brave men.

Saturday evening was a relaxed affair, a picnic which we organise ourselves, followed by a live band and a 70s disco, ably hosted by two of the D.Js from our time at College. Music always manages to rekindle memories and those 40 intervening years were quickly forgotten. Well done to the joker who created a “zimmer park” complete with inflatable zimmer frame!

It was a thoroughly enjoyable weekend. I am looking forward to seeing you all again next year, along with some new faces, I hope.