Is all the world a stage? Professor of Theatre for Development, Tim Prentki, discusses his thoughts in this captivating blog.

I believe that our defining characteristic as humans is that we must play; that we only exist through play with actual or virtual others. This is not conjecture but the consequence of recent discoveries by neuroscientists of the relationship between motor and mirror neurons in the human brain (Bråten, 2007). These discoveries indicate that we not only respond in action and feeling to the verbal and non-verbal signals given off others – we empathise with them – but that, through the operation of mirror neurons, we, like an audience in a theatre, are predisposed to emotional arousal. We live our lives simultaneously as actors, characters and spectators.

Neuroscience requires that we undertake a fundamental overhaul of the philosophical and psychological understanding of human development. The conventional assumptions of Descartes and Leibniz that we are isolated, self-contained subjects are wrong. The pre-linguistic, even pre-natal, capacity of an infant for interpersonal communion and learning has demonstrated the fallacy of Piaget’s notion of the asocial, egocentric child.

The boundaries between the actor and the audience, as well as the distance between the actor and its role, become flexible and permeable and sometimes they vanish entirely. Each of us is actor, audience and character at the same time, and the narrations become scenarios for improvising in a relentless process of creation and representation. (Pitruzzella, 2017)

As the study of interactions between new-born babies and mothers has shown, the urge to communicate is enabled by the empathic capacity with which all humans are endowed (unless it is reduced or destroyed as a result of neglectful or violent social interventions or is lacking through disability caused by a brain being differently wired). Though this capacity is strengthened by social relations, it is not dependent upon responding to others because our most basic dialogue takes place with the virtual other within us. Imagination is the channel through which empathy flows. When we are attuned to another’s emotional state, we can respond telepathically; for example, completing a person’s sentence. The emotional grip fostered by imagination is so powerful that we can grieve over the death of a fictitious character while the actual death of a person unknown to us is registered as a statistic.

The system by which we live today, neoliberal capitalism, perverts our attempts to fulfil ourselves according to our biological make-up. The relationships of neoliberalism are limited to those involved in buying and selling: the individual entrepreneur as salesperson; the private individual as consumer. Where once there were passengers, students and patients, there are now just customers. Homo sapiens has morphed into homo oeconomicus, even as value has been transformed into cost. We are familiar with the cost of living but alienated from the value of living. While this model of globalization has promoted extremes of inequality across the world, the perpetual assertion of individualism has hampered, if not destroyed, the possibility of collective resistance. Decades of identity politics have resulted in retreats into ever tighter circles of mono-identities unwilling or unable to break free from the tags, imposed or sought, that enroll us into gangs: LGBTQ, Muslim, extremist, left behind, populist, liberal, etc. Like all gangs they offer the security of group-think. Like all gangs they are exclusive; pulling up the drawbridge to shut out the dangerous other. The default stance of most of the world’s political leaders is to block whatever is offered if it emanates from outside their club. 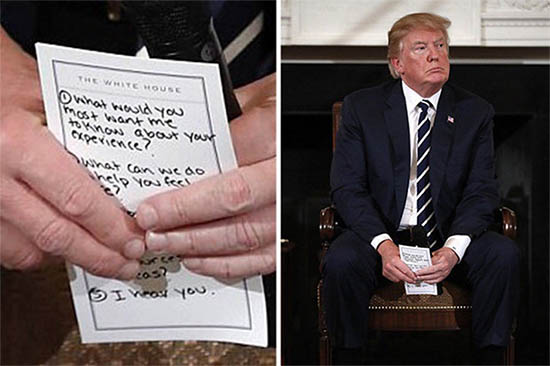 Donald Trump may be the most egregious symptom of the phenomenon of empathy deficit but he is not the cause. The cause is capitalism: a system incompatible with justice and unable to permit the vast majority of the species to realise its humanitarian potential.

My proposal for addressing this contradiction is that drama, far from being a peripheral option clinging to the cliff-edge of the state school curriculum, should provide the informing concept that frames the whole process of education. In other words, drama is not a subject confined to a disciplinary box, but the means or process through which learning occurs. Young people need opportunities to try out the thoughts, feelings and actions of others; to discover themselves in the other and the other in themselves. That opportunity is drama and the competence explored is that of being human.

When Jaques declares in As You Like It that ‘All the world’s a stage/ And all the men and women merely players’ he is not down-grading the value of existence, rather he is affirming, according to the Elizabethan meaning of ‘merely’, that men and women are nothing but players. That being the case, education needs to start from play: play time, making plays, and understanding that our identities are never fixed but always in play, always in flux, always subject to change.

Professor Tim Prentki will expand on these ideas at his upcoming talk, Born to Play: Acting on the World Stage, which is part of the University of Winchester Faculty of Arts Tavern Talks series. Find out more about this free and interactive event by clicking here.