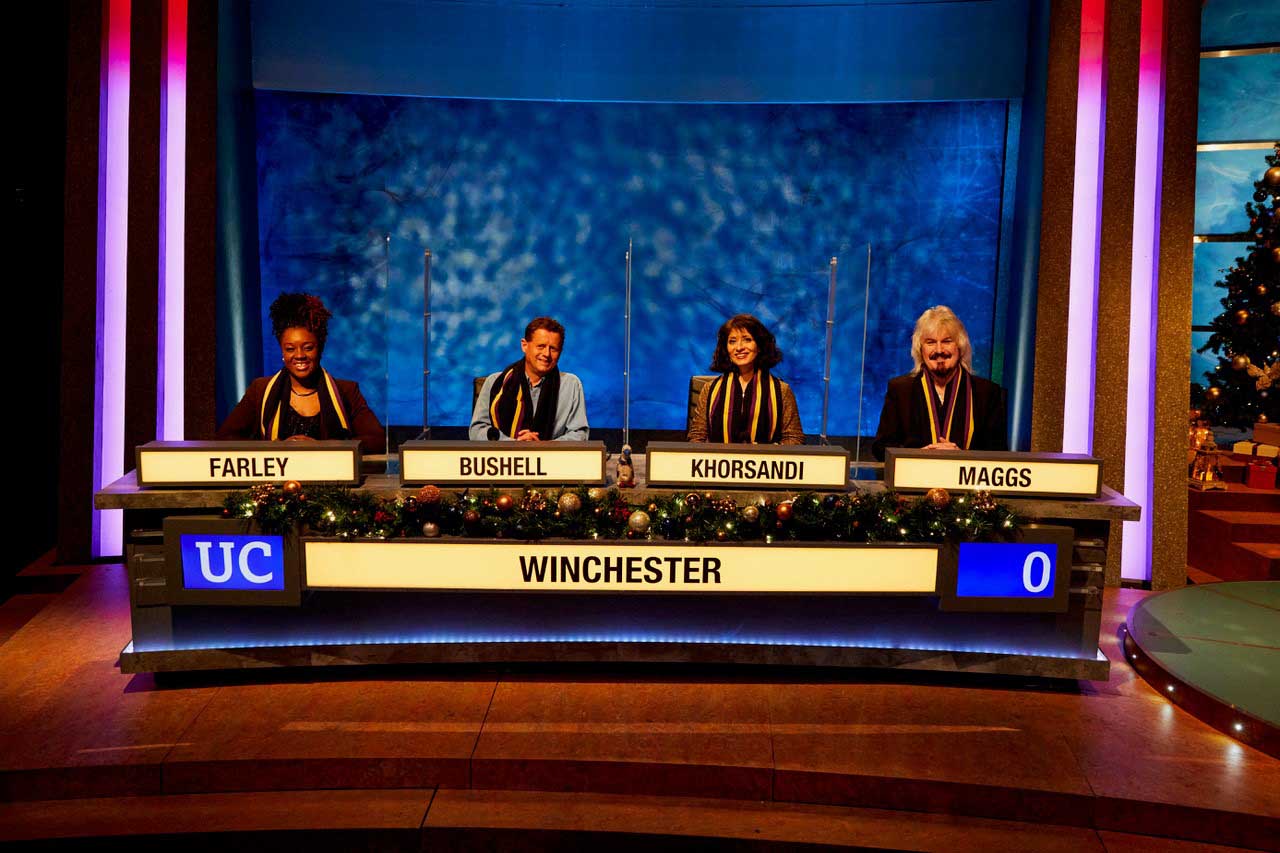 It's a question of fingers on buzzers as a team of famous University of Winchester alumni take part in Christmas University Challenge 2021.

Each year nearly 3 million viewers watch the special series of Christmas University Challenge on BBC2, where teams of graduates from UK universities face the formidable quizmaster and broadcaster Jeremy Paxman. 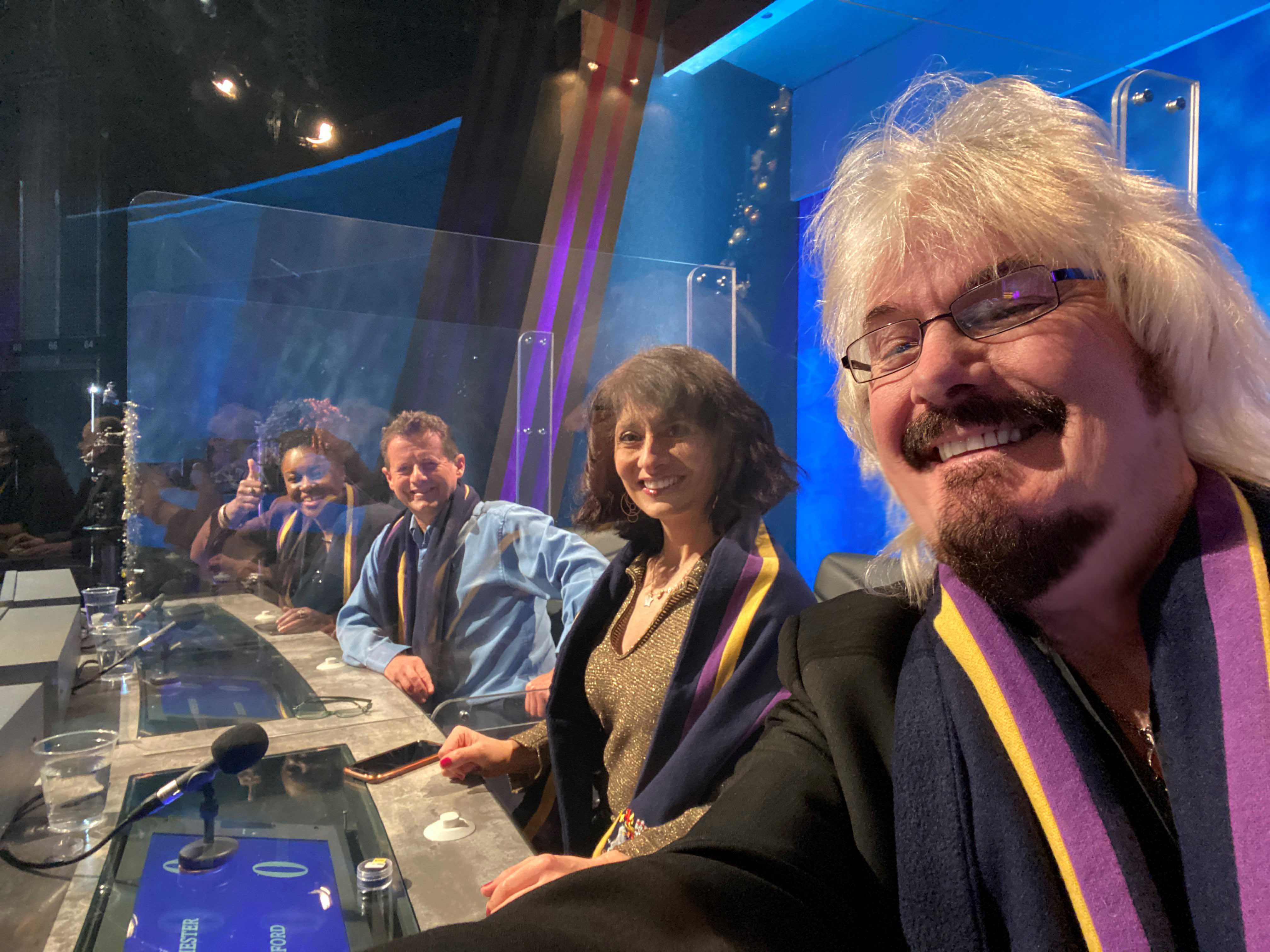 "It was a great honour for us to be asked to represent the University of Winchester in Christmas University Challenge and truly nerve-wracking to sit across the studio from Jeremy Paxman, whose acid humour actually conceals a very warm personality," said Dirk Maggs.

"We thoroughly enjoyed the experience once it was under way and the floor manager told us afterwards that our team was the most fun they'd had in the competition. The opposing teams were jealous of our University scarves too!" 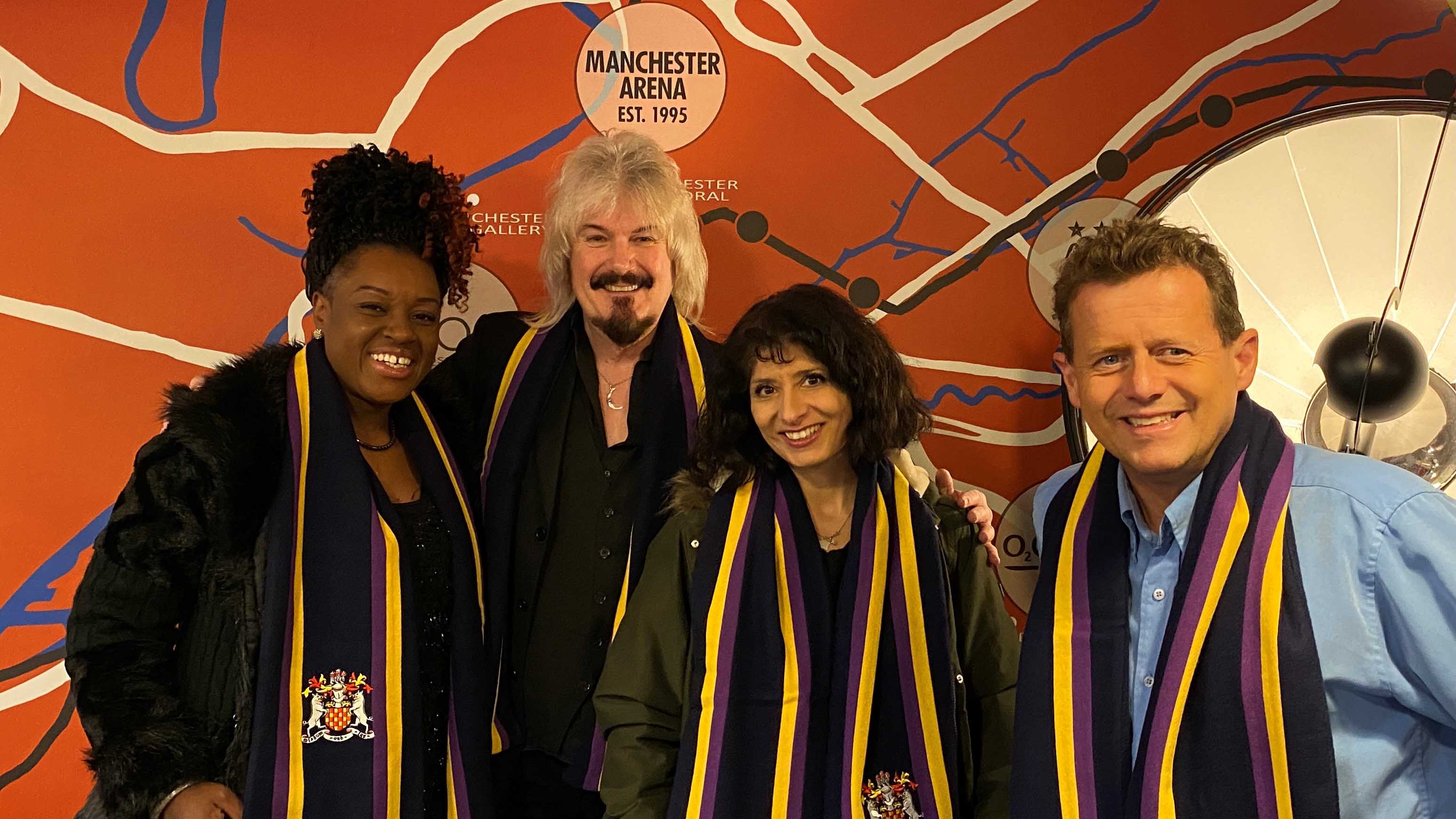 The programme airs at 8.30pm on Tuesday 21 December on BBC2 when the Winchester team battles the University of Bradford for a place in the semi-finals.