Is the promise of social mobility through education a myth? 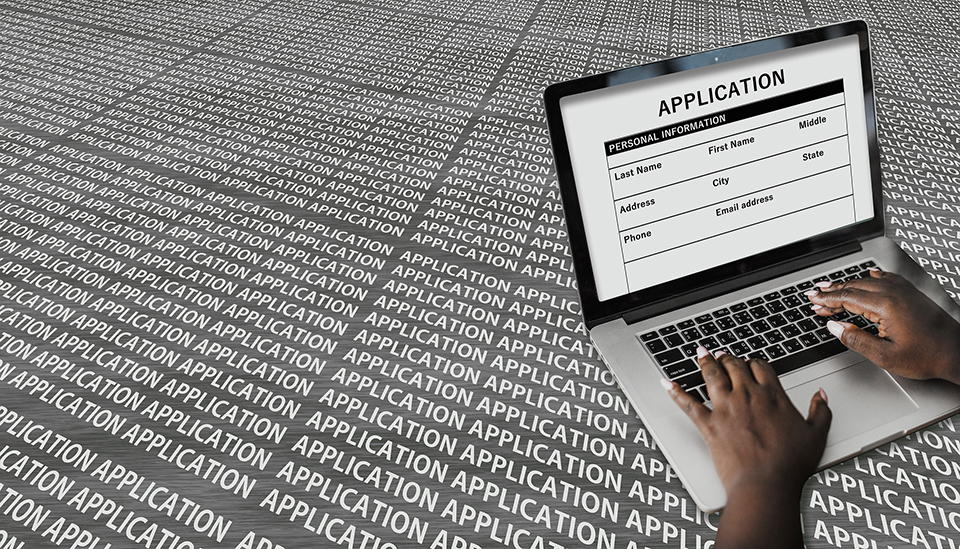 In her latest blog post exploring issues around race and religion, Maisha Islam of the Centre for Student Engagement, looks at the discrimination racial and religious minorities face when taking the leap into the job market.

It is argued that qualifications - such as a degree - provide individuals with the rungs to climb up the social ladder. However, as highlighted in my previous post, the exclusive and exclusionary systems within education disproportionately affect minority groups.

Does this mean the promise of social mobility through education is, in fact, a myth?

Unsurprisingly, the employment sector, as with other parts of society, shows clear evidence of discrimination and racism. From the point of application, to callbacks for interview, even when gaining promotion, racial and religious groups face disadvantage at every twist and turn.

Starting with applications, minority groups face their first hurdle simply by stating their name. In 2009, a report by the Department for Work and Pensions found that, when submitting identical job applications in 'different areas of the British Labour market', 'there were high levels of name-based net discrimination...in favour of White applicants'.

Put simply, not having a 'White British' sounding name is the first 'ethnic penalty' handed to you when entering the job market.

Given this report was published a decade ago, things could and should have improved. Unfortunately, this is not the case.

Earlier this year, a study conducted for the Growth, Equal Opportunities, Migration and Markets Project found that 'in order to receive as many callbacks as the majority group', those from ethnic minority backgrounds would need to send out 60 per cent more applications, 'despite having identical resumes and cover letters'.

The study also recorded 'strong anti-Muslim attitudes' (ie 'employers were reluctant to invite any applicant originating from Muslim-majority countries'), but the biggest takeaway is that, even taking into consideration factors such as education, inequality is still present.

How can we preach the worth of further and higher education to minority groups, with the promise that it will improve their career outcomes, when a widening pay gap has been shown the higher the qualification you have?

The higher education sector has recently come under scrutiny for the sheer lack of professors in UK universities who come from an ethnic minority background: it was found that out of 19,000 professors, only 90 are Black. The data collected by Advance HE also suggests that Black, Asian and Minority Ethnic (BAME) staff 'remained more likely than their White peers to be in junior positions, to be less well paid and to be employed on fixed-term rather than permanent contracts'. Promotion, the final rung on the supposed social mobility ladder, is, therefore, missing for those from these backgrounds when trying to improve their life chances.

It would be completely inappropriate to fall into a default deficit model mindset, which implies that BAME employees are somehow at fault. Not only do these individuals have the knowledge and skillset to gain jobs and promotions, but personal conversations and recorded accounts note that they often have to work harder than their White colleagues.

I have heard this referred to as 'doubling up': undertaking extra work, without recompense or acknowledgement. I have heard accounts of BAME academics who are also sought out by BAME students - despite not being their personal tutor - and who undertake pastoral work alongside their academic responsibilities. Their workloads are overburdened with this emotional labour, which then impinges on their ability to research, publish, secure funding for projects etc.

The latter is only a fraction of the insidious package that is faced by ethnic and religious minorities within the workforce as overt racial and religious discrimination is still a high possibility, as well as the more micro ways which reinforce that certain spaces do not welcome BAME individuals, for example, being excluded from informal networking events, or networking events that centre around alcohol.

Such injustices - which leave those from minority backgrounds having to forge their own strategies to survive and succeed within the workplace - should not be allowed to prevail. Incorporating racial and religious diversity into conversations will not only allow for institutional change across various sectors, but also has the potential to wipe away the anxieties deriving from bleak statistics in which successful careers - including those in academia - seem inaccessible and unattainable.