University of Winchester Class of 2020 celebrate success at Graduation

More than 2,000 University of Winchester students and their families celebrated their academic achievements at Graduation ceremonies at Winchester Cathedral this month (19-29 July).

The Class of 2020 finished their studies last year during the pandemic, but had to wait to celebrate when Graduation was postponed last autumn due to Covid-19 restrictions.

Craig Revel Horwood commented: "The University of Winchester does an incredible job teaching their students - really developing them, embracing them and sending them out into the big wide world." 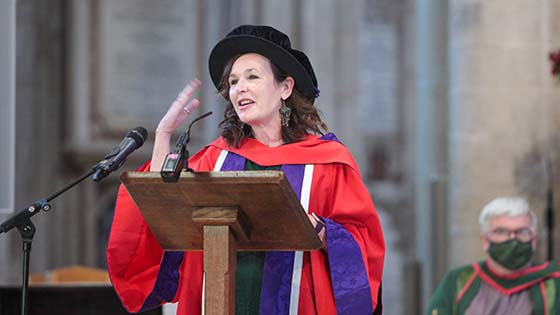 Honorary Fellowships were awarded to Jock McKenzie, Director of Hampshire County Youth Bands since 2004, and Rosie Inman-Cook, manager of the Natural Death Centre charity (both pictured below). 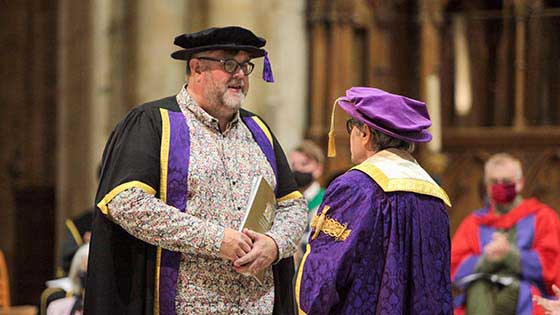 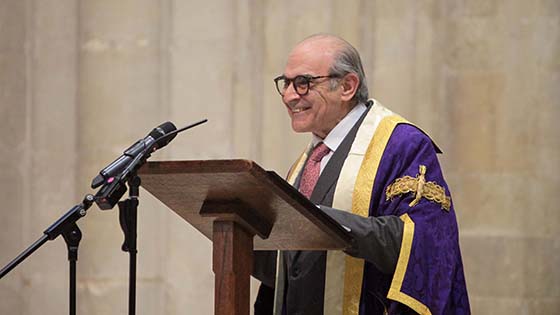 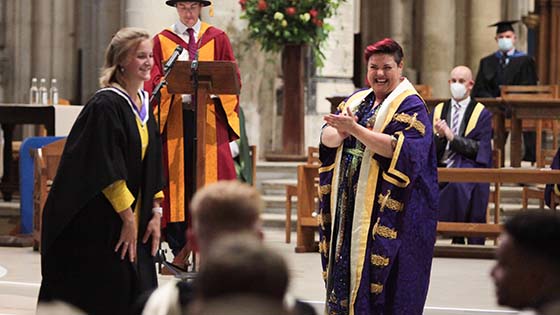 As part of Graduations, the University welcomed donations to the Winchester Hospice Charity at the Royal Hampshire County Hospital; VaccinAid]: Unicef, working to supply vaccines to countries around the world, and Winchester First Star Scholars, opening the doors to aspirations for looked-after children.