The dig that sparked a documentary

In 2017, the fossil remains of mammoths were discovered in a gravel quarry by two amateur palaeontologists, Neville and Sally Hollingworth. In 2019, geoarchaeologist Professor Keith Wilkinson was called in to help investigate. Two years on, the documentary, narrated by Sir David Attenborough, was broadcast on BBC1 on 30 Dec 2021.

Located near Swindon, the gravel quarry is operated by The Hills Group Ltd. Once extraction operations had come to an end, the Hollingworths visited the quarry; as well as the fossils, they and one of the Hills workers also found a handaxe, a type of stone tool made during the Palaeolithic (the ‘old stone age’). This was a clear indication that humans were present at the same time as the mammoths.

The combination of many well-preserved fossils and an archaeological artefact made the site highly significant, meaning that help was sought to better understand the site. So it was that in April 2019, DigVentures and ARCA began fieldwork, funded by a grant from Historic England. Further excavation took place in June 2019 and then August 2021, the final stage funded by DigVentures and the University of Winchester.

The research: sediment, stratigraphy and sampling

ARCA’s role has been to investigate the stratigraphy (i.e. the layers of sediment) of the site to understand how and why the fossils accumulated in this particular location. ARCA has also carried out a study of the properties of the sediment layers and biological remains recovered from them, to reconstruct the environment inhabited by the mammoths, and indeed humans. 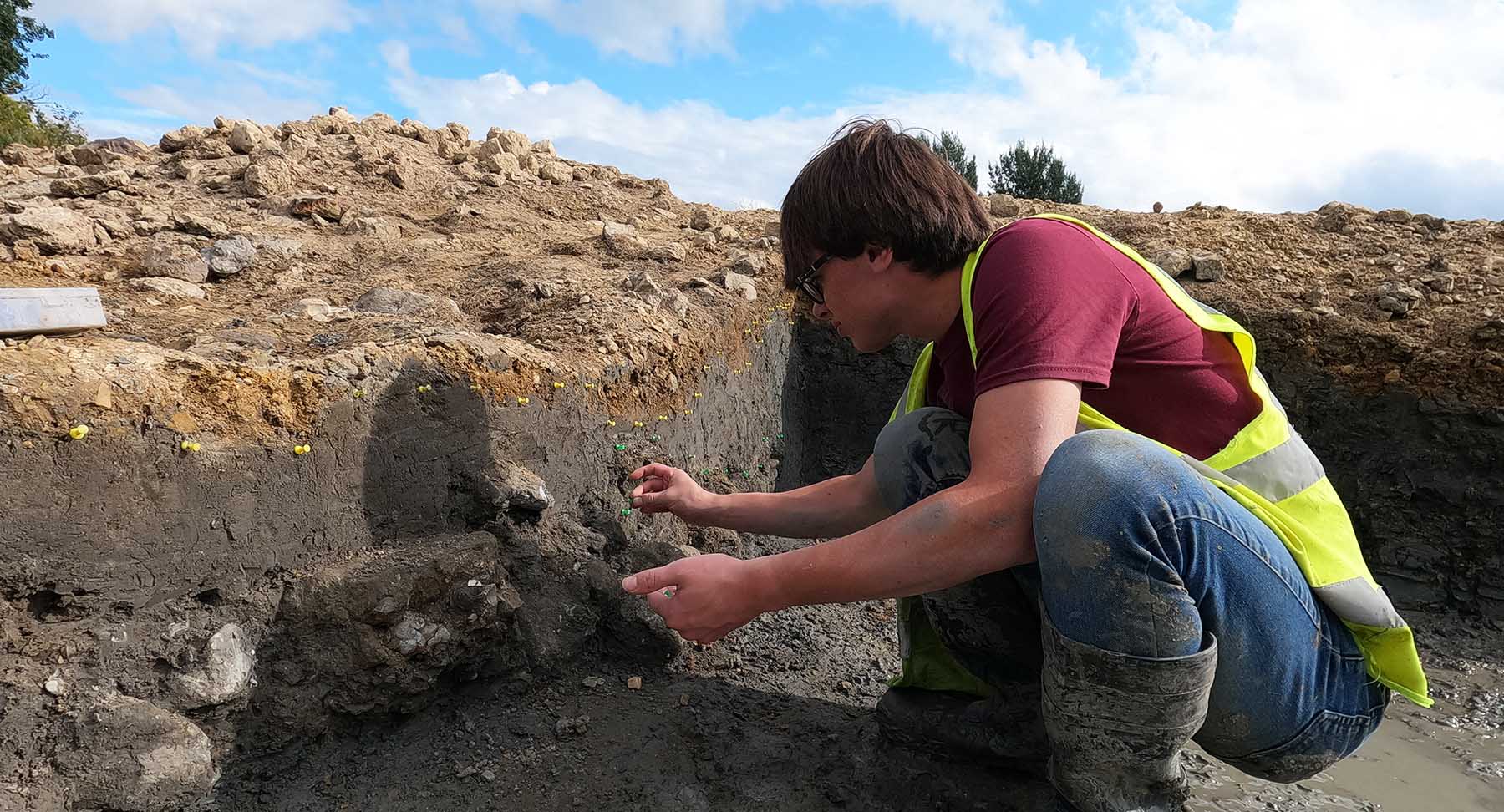 The fossils are mostly of steppe mammoth (Mammuthus trogontherii), a species inhabiting open grassland habitats across Eurasia before 200,000 years ago. These remains were mostly uncovered in the base of a former river channel, possibly of what is now the Thames, and usually lying against large boulders. These boulders were mostly of a rounded shape, indicating they had been moved along the bed by very rapidly flowing water. Overlying the mammoth bones were fine gravels and sands. These were also deposited in a channel, but one in which water velocity was much lower, and certainly too slow to move the fossils. Given that the bones are unabraded, they cannot have moved far. It therefore seems likely that the mammoths died close to or within the channel and that subsequent movement was sufficient only to lodge them against the boulders. 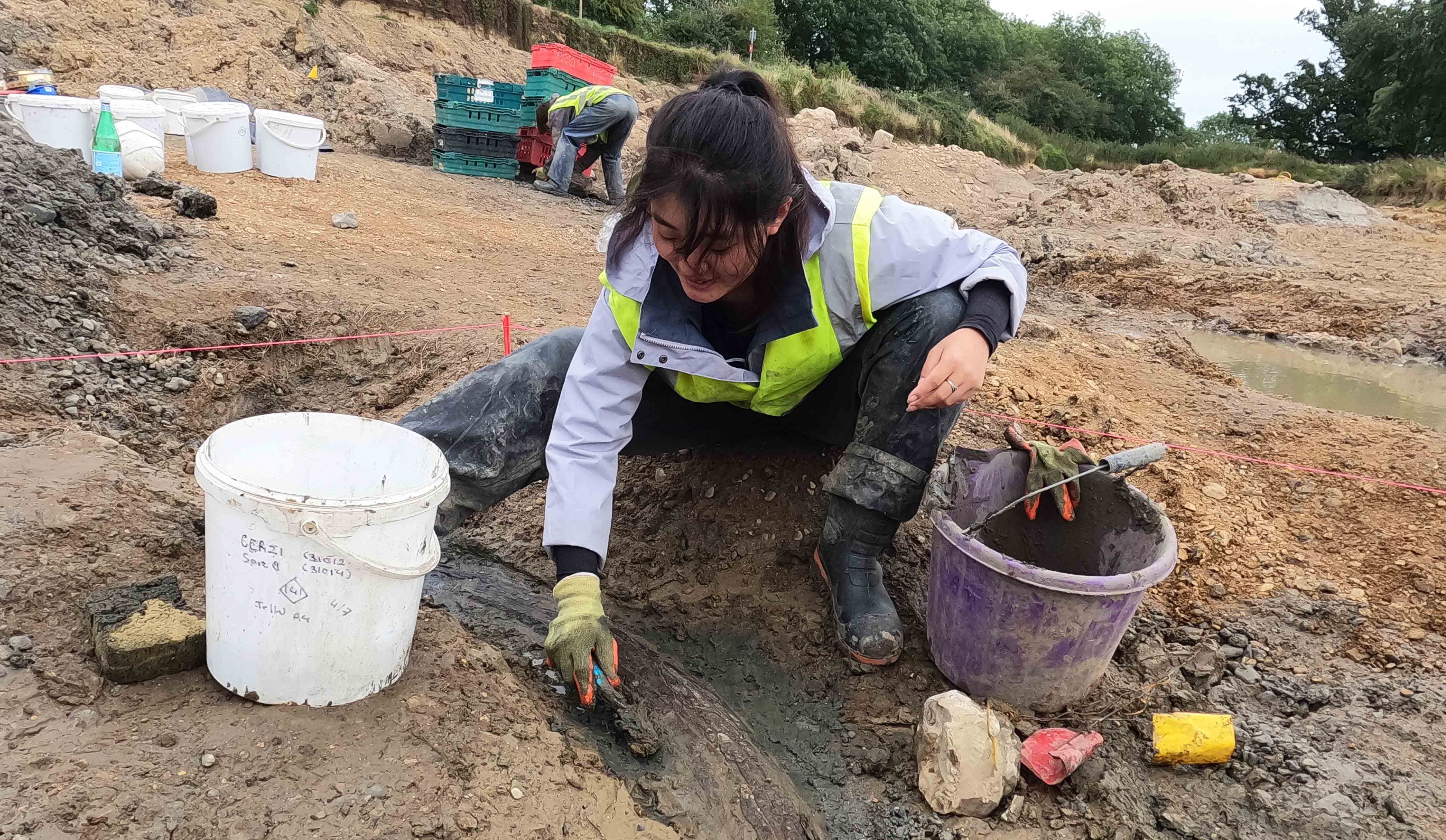 Samples taken from the sands and gravels have been analysed to date the site as well as to recover plant and invertebrate bones. Measurements made using the Optically Stimulated Luminescence (OSL) technique by Prof. Phil Toms at the University of Gloucestershire show that the mammoths died around 225,000 years ago. This age is significant as it coincides with a warm episode of the Pleistocene geological epoch (the period from 2.6 million to 11,700 years ago, commonly called the 'Ice Age'). Indeed, the modern range of beetles found in samples from the sands and gravels, and studied by Dr Enid Allison at Canterbury Archaeological Trust, suggests they formed in a climate only slightly cooler than today. Nevertheless, and unlike now, the landscape around the mammoth graveyard would have been open grassland lacking in trees, as evidenced by the ecological preferences of molluscs (snails) studied by Dr Matthew Law of L-P Archaeology. In other words, the landscape would have been perfect grazing for the steppe mammoth. 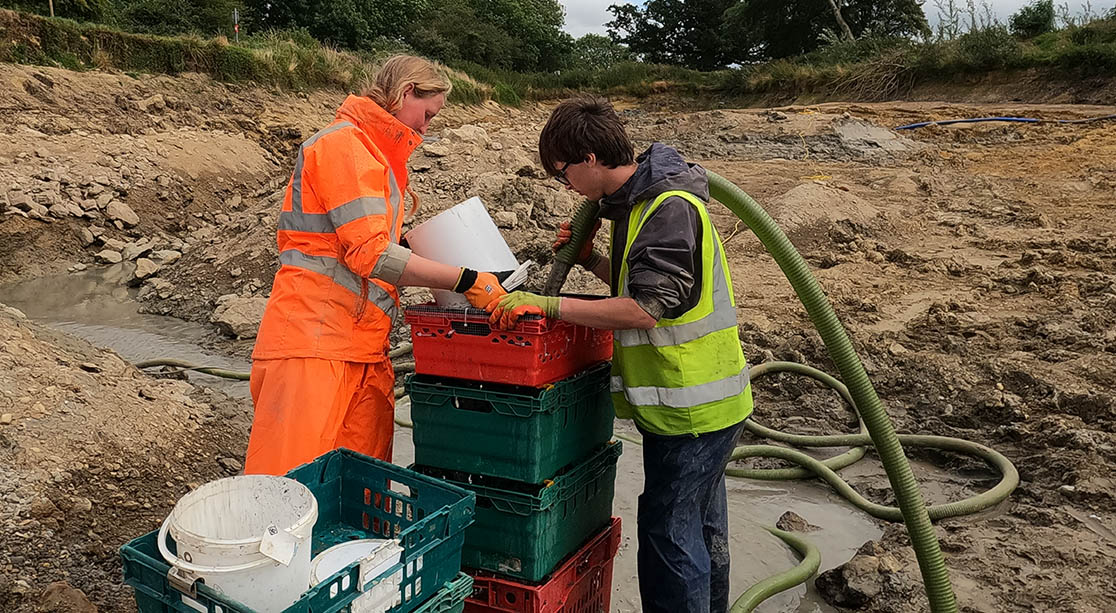 Analysis of data collected during the 2021 excavations is ongoing at the University of Winchester and elsewhere, and with the assistance of a publication grant from Historic England, it is hoped to make the results of all the mammoth graveyard studies available during 2022.

An exciting opportunity for our students

As well as being exciting from a scientific point of view, the August 2021 season also provided a fantastic opportunity for four Archaeology students at the University of Winchester to experience the unique circumstances and excitement of a Pleistocene palaeontological and Palaeolithic archaeological excavation.

The students talk about their experiences in a series of short videos on our YouTube channel. Oliver Bell and Clare Holloway (left and centre) excavating some of the mammoth bone. 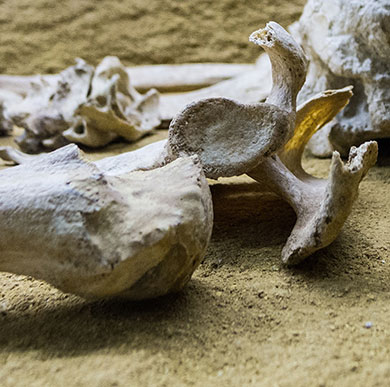 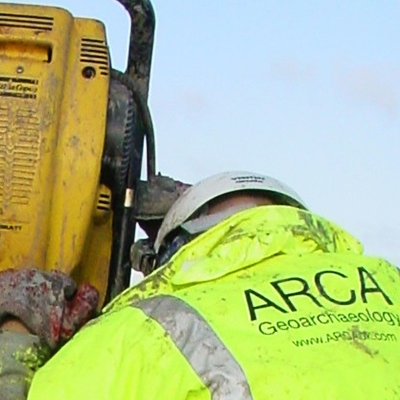 July 2022 at the University of Winchester