As Parliament prepares to debate animal welfare issues this week, Dr Steve McCulloch, Acting Director of the Centre for Animal Welfare at the University of Winchester argues that the government must amend the EU Withdrawal Bill to include the formal recognition that animals such as dogs, cats, pigs, cows and chickens are sentient and renew its pledge to pay full regard to their welfare requirements.

Theresa May has been forced to defend the UK government’s position on animal welfare policy at Prime Minister’s Questions. This comes a week after the Conservative Party voted against New Clause 30, an amendment tabled by the Green Party MP Caroline Lucas to include Article 13 of the Treaty of Lisbon in the European Union (Withdrawal) Bill. The amendment would have meant that the UK would continue formally to recognise the sentience of animal species such as dogs, cats, rats, pigs, cows and chickens and pay due regard to their welfare in policy making.

The Treaty of Lisbon came into force in 2009. Article 13 states that in formulating and implementing policy, the Union and member states shall, ‘since animals are sentient … pay full regard to the welfare requirements of animals’. Article 13 was a milestone victory for animal welfare. During its 1997 EU Presidency, the UK government and British NGOs such as Compassion in World Farming (CIWF) were instrumental in lobbying EU member states to recognise animals as sentient beings. Animals became formally recognised as sentient beings in 1997 under a protocol of the Treaty of Amsterdam.

Rene Descartes, a seventeenth century French sceptical philosopher, denied that animals are sentient. His argument was largely based on language being necessary for consciousness, a claim which has long since been refuted. The implications of Cartesian mechanism and the denial of sentience is that it matters not a jot morally what we do to animals. In the following passage, Nicholas Fontaine describes a Cartesian vivisector around Descartes’ time:

“They administered beatings to dogs with perfect indifference, and made fun of those who pitied the creatures as if they felt pain. They said the animals were clocks; that the cries they emitted when struck were only the noise of a little spring that had
been touched, but that the whole body was without feeling. They nailed poor animals up on boards by their four paws to vivisect them and see the circulation of the blood, which was a great conversation.”

What does modern science say about sentience? Charles Darwin’s theory of evolution maintains there are not categorical differences, but differences of degree, between species. 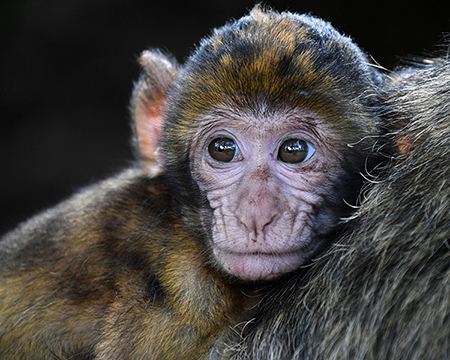 Since evolution means continuity, it would be inconsistent with Darwinism to hold that humans are fully sentient but that all nonhumans are not. The neuroanatomy and neurophysiology of mammalian nonhuman animal species are very similar to ours, supporting the commonsense view that they are sentient. Sentience and emotions confer adaptive advantages necessary for survival. Animals are not machine-like stimulus response mechanisms, but thinking and feeling beings, which enables them to learn to adapt to new situations.

A 2016 Eurobarometer survey asked EU citizens: How important is it to protect the welfare of farm animals? The survey found that 78 per cent of UK respondents considered it ‘very important’ and 20 per cent answered ‘somewhat important’. Hence, 98 per cent of UK respondents believed it to be important to protect the welfare of farmed animals. To have a welfare means to have a conscious experiential subjective existence. The welfare of farm animals can go well or badly. Animals can suffer and feel pain, or experience pleasure and have a good life: Article 13 of the Lisbon Treaty recognises this.

If public opinion and modern science are so supportive of animal sentience, is the explicit recognition of this by the state necessary? Did Cartesian philosophy not die centuries ago with the French philosopher? Unfortunately, Cartesianism continued to have substantial influence in the twentieth century in the form of behaviourism. The philosopher Bernard Rollin has reported how animals ‘lost their minds’ around the turn of the twentieth century.

Under the influence of logical positivism, behaviourists studying animals denied that animals had emotions. In positivism, if a claim could not be verified it simply was not true. Animal minds are at least difficult to verify, so, the thinking goes, they do not exist. As in Descartes’ time, the result of denying thinking and feeling to animals was to the detriment of millions of animals, often severely.

During the debate on New Clause 30, the Justice Minister Dominic Raab claimed that its provisions are covered by the Animal Welfare Act 2006. However, the Animal Welfare Act is concerned with protecting individual animals from UK citizens. The Act does not once mention the word ‘sentient’ or ‘sentience’. Furthermore, the Animal Welfare Act specifically excludes the four million experimental animals used in the UK annually and it does not cover wild animals. Article 13, in contrast, explicitly recognises all these animals as sentient and confers a duty on the government to pay full regard to animals in policy making. In the debate, Dominic Raab denied a minimal recognition of justice for animals, in rejecting Clause 30.

Cartesian mechanism and twentieth century behaviourism have resulted in moral crimes against millions of sentient animals. Bernard Rollin has argued that the influence of ideologies that deny sentience in animals remains pervasive. We should remember that the worst atrocities of intensive farming – veal crates for calves, battery cages for hens and sow stalls for pigs – were only banned in the UK and EU relatively recently. In the UK, we continue to confine sows in gestation crates for a month, and castrate male piglets without anaesthetic or pain relief. ‘Enriched’ battery cages provide some basic needs for laying hens, but continue to cause severe restrictions in normal behaviour.

Where crimes against humanity have been committed, governments rightly pass laws and ensure through education and other policy instruments these crimes are not denied or forgotten. Article 13 of the Lisbon Treaty, given what we now know about animal sentience, is a profound official public statement in this context. Many animals are sentient and the government, in formulating and implementing policy, has a duty to pay full regard to animal welfare. This is the importance of Article 13: the vote against Clause 30 and the government’s current position manifestly does not recognise this.