Cultural Resources for Living in the Pandemic 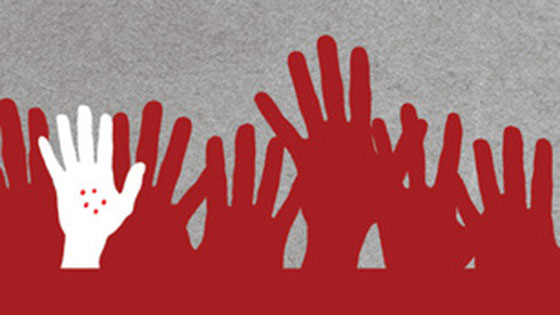 Pictured above, cover of The Scarlet Plague, Jack London

To round off the month we have an extended blog, as drawn together by Professor Jude Davies, Professor of American Literature and Culture in the Department of English, Creative Writing and American Studies. This long-read provides a selection of cultural resources for pandemic living.

From some of the earliest surviving literary texts to contemporary Hollywood movies, human beings have portrayed plagues, contagion, and pandemics. A selection of some of the most interesting are listed below. They variously puzzle over psychological, social, and political effects, communicate personal and visceral responses, and sometimes imagine new forms of human solidarity forged at such times of crisis.

Reading or viewing these cultural resources holds out the promise of understanding how our predecessors have felt, thought, feared, and wondered about pandemics. But as even this partial list demonstrates, they don’t all tell the same story. If Giovanni Boccaccio starts building a foundation text of classical literature on the taken-for-granted desire of the privileged to escape destruction, Edgar Allan Poe presents the plague as a kind of revenge upon an elite seeking to shield itself. This diversity poses questions that seem pertinent today. Does contagion undermine the good society, or merely intensify existing conditions of injustice and exploitation? Where do the ‘metaphorical’ conceptions of pandemic as a way of imagining challenges to ‘civilized values’ give way to the immanence of disease, threat, and survival? How far should the state curtail individual liberty in the name of controlling the pandemic?

What is it, finally, about ‘civilization’ that is worth saving? Liberty? Books? Jobs? Private property? Political Institutions? Education? Airlines? Films? The NHS?

If ultimately these cultural resources offer more questions than answers, at least they can help us to understand the questions better.

One of the inventors of the novel as we know it today, Defoe wrote A Journal of the Plague Year almost sixty years after the events described, as fears rose of another wave of Bubonic Plague. It is not just his opportunism which speaks to the present; Defoe depicts 17c London’s versions of panic buying and social distancing. He also lays bare the selfish behaviour of a privileged few who either leave London for what they think of as ‘safer’ rural places, or, having failed to lay in stocks, send out their servants to obtain supplies, in the process exposing them to the infection.

If Defoe touched upon the potential of pandemics to undermine social relationships and obligations, Mary Shelley took this idea to its logical conclusion, imagining the extinction of the human race in a global pandemic. Having reinvented the gothic with Frankenstein, in The Last Man Shelley was thus one of the first to explore a theme that would become a staple of 20c Science Fiction: the apocalypse as the ultimate test of Enlightenment values of knowledge, liberty, and culture. These values are in the end affirmed, as she has her protagonist, the last human on earth, devote himself to writing a book narrating the extinction of human civilization. A book that of course no one will read.

By contrast, Shelley’s themes are reworked widely, in such novels as H. G. Wells’ The War of the Worlds (1898), and John Wyndham’s The Day of the Triffids (1951); not to mention in the post-apocalyptic scenarios of Hollywood movies including the Terminator, Hunger Games and Divergent series, and many more.

American gothic writer Poe rewrites the fear of contagion in Defoe with a democratic –and demonic- twist. Set during a plague in medieval Europe, Poe’s short story narrates how even a haughty prince and his entourage, who have fled to ‘the deep seclusion of one of his castellated abbeys’ are eventually visited, infected, and killed by the plague.

Jack London, the prolific author of The Call of the Wild, took the red death from Poe and reimagined it in the futuristic and global terms of Shelley’s The Last Man. Writing just before the First World War, he imagined the plague as precipitating a global economic collapse and the decay and degeneration of civilization (which he portrayed in problematically racial terms). Cities burn, oligarchies fall, the fortunes amassed by capitalists are dissipated, and humankind reverts to a state of savagery, unable to read except what is called ‘picture-writing’. Hope in the teeth of despair comes from the efforts of one individual to preserve ‘the wisdom of the ancients’, that is, science and culture as it had developed up until the plague hit in 2013. London’s protagonist, an elderly professor of English Literature at the University of California, stores all the books he can find in a cave beneath San Francisco’s Telegraph Hill, leaving alongside them ‘a key to the alphabet’ in the hope that ‘some day men [sic.] will read again’.

The American historian Jill Lepore claims that ‘every plague novel is a parable’, suggesting that writers use plague scenarios to explore some kind of radical challenge to civilization, occasioned by the destruction of the bonds that hold human beings together in societies. Camus’s The Plague is widely seen as epitomising this metaphorical use of the pandemic. Published just after the Second World War, Camus’s novel depicting a plague spread by rats in a French-Algerian town is interpreted as a warning about fascism.

Strictly speaking, it does not represent a pandemic, as the plague is eventually contained within the town, but its main protagonist, Dr Bernard Rieux, connects the conditions to other historical plagues, and, more chillingly, to the difficulty of sustaining a common humanity when the chips are really down. Lepore highlights a moment when listening to his radio, Rieux hears ‘from the ends of the earth…kindly, well-meaning speakers who tried to voice their fellow-feeling, and indeed did so, but at the same time proved the utter capacity of every man [sic.] truly to share in suffering that he cannot see.’  Yet the novel is not without hope. Respite from the plague, or the threat of fascism, is only ever temporary but the bonds of human solidarity, and love of freedom, are reborn too.

Zombies have been read as embodying many social ills, fears, and anxieties; what seems inescapable is their role as carriers of contagion, with an added sense of the ways that illness can dehumanise.

Science-fiction thriller depicting a team of scientists’ attempts to combat a deadly extraterrestrial microbe. Remembered by some for the elderly alcoholic whose resistance holds the key to understanding the microbe, by others for the heady mix of Cold War anxieties about chemical and nuclear weaponry.

The post-apocalyptic setting again, this time due to a global pandemic of weaponised influenza. In one way reminiscent of Jack London’s vision of a USA reverting to a savagery that was never far beneath the surface; in another way, perhaps a link between Cold War paranoia about chemical warfare, and contemporary conspiracy theories about laboratory-made viruses and 5G. Adapted into a TV  miniseries and a Marvel comic book, but so far, no movie adaptation.

Another metaphorical – and even playful - take on infection, riffing on the multiple meanings of the Spanish word ‘cólera’ which evokes the disease cholera, as well as passion, or rage. Set in a fictionalised Colombia, and historically important in translation, like much of Marquez’s work, for eliciting the interest of English-language readers in the rich literary traditions of Central and South America.

This two-part play, comprising Millenium Approaches and Perestroika is set between 1985 and 1990, the height of the ‘[HIV/]AIDS crisis’ in the USA. Celebrated for its artistic achievement and cultural power in precisely demonstrating the centrality of gay history to ‘national themes.’ Kushner’s work should serve now both as a memorial of loss and communal struggle, and a reminder of precursors of Covid-19. There is an HBO miniseries adaptation (2003).

The ‘white sickness’ robs victims of their sight. An increasingly totalitarian state incarcerates all those who are infected in institutions which become rife with violence, rape, and theft. Saramago’s story and Meirelles’ film revisit with a vengeance the idea that pandemics strip away civilization to reveal savagery just below the surface. As in The Last Man and The Scarlet Plague, it is the loss of knowledge, exemplified again by the inability to read, that represents the worst effect of the pandemic. But more pessimistically than either of those, as Jill Lepore has pointed out, here the disease only reveals a fundamental and more intractable problem. If there’s hope, it lies in the ability of love between humans to resist the power of the state.

Haynes’s unnerving film traces the story of a woman, Carol White played by Julianne Moore, suffering from a debilitating but unfathomable disease. In retrospect, the film’s depiction of an invisible contagion, potentially lurking anywhere, bridges between the HIV/AIDS crisis of the 1980s, and Covid-19.

Post-apocalyptic thriller, crime novel, and coming of age story set in South Africa after a virus that has killed 95% of the world’s population. Here the emphasis is on protagonists Willem and Nico Storm’s attempts to found a new society, ‘Amanzi’.

‘Inventory’ (short story in Carmen Maria Machado, Her Body and Other Parties; 2017)

A woman lists her experiences of sexual intimacy, in the process unravelling the narrative of a pandemic.

This short story can be read here.

Capitalism, immigration, and zombies feature heavily in Chinese-American Ma’s debut novel. Evidence of the ways that the zombie, associated primarily perhaps with Romero’s Living Dead movies (see above), has become embedded in US (at least) culture.

And finally, going further back historically, a couple of classics with perhaps unexpected links to plague and contagion:

In this classical epic of the Trojan war, the central action is initiated by a plague visited upon the Greek forces, which both intensifies their aggression towards Troy, and exacerbates tensions within the camp, between leader Agamemnon, and the outstanding warrior, Achilles. From a modern standpoint, Homer is describing how the suffering and privations of the plague feed into tensions within society and between societies.

Another literary classic, hugely influential on later writers. A group of seven young women and three young men tell a total of one hundred stories, while isolated in a villa outside Florence. The foundation and impetus of this frame? They have fled the city in hopes of avoiding the Black Death, the global pandemic of the Bubonic Plague, which killed 20 million people, almost one third of the population of Europe, between 1347 and 1352.